The ACL originates from the medial surface of the lateral femoral condyle posteriorly in the intercondylar notch in the form of a segment of a circle (Fig. 48-2). Over the length of its course, the fibers of the ligament undergo slight external rotation. The average length of the ligament is 38 mm and the average width 11 mm. About 10 mm below the femoral attachment, the ligament stands out as it proceeds distally to the tibial attachment, which is a wide, depressed area anterior and lateral to the medial tibial tubercle in the intercondylar fossa (Fig. 48-3). The tibial attachment is oriented in an oblique direction and is more robust than the femoral attachment. 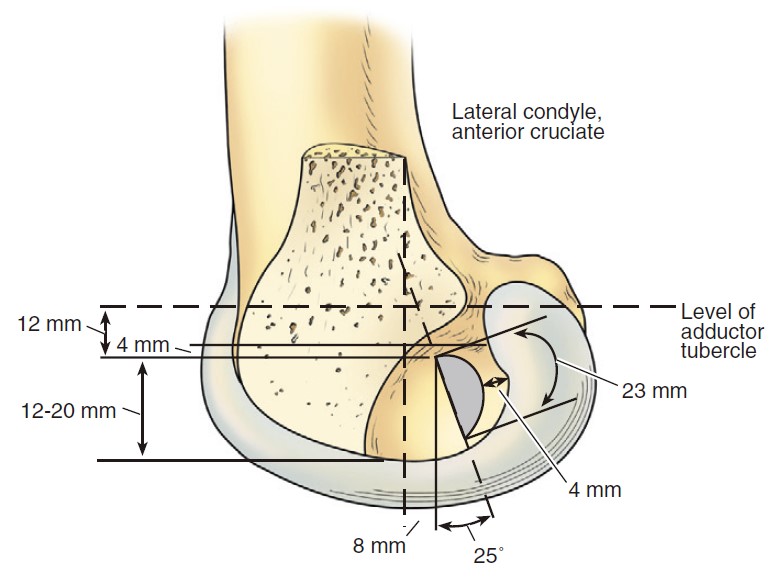 Fig.48-2 Attachments of the anterior cruciate ligaments to the femur. 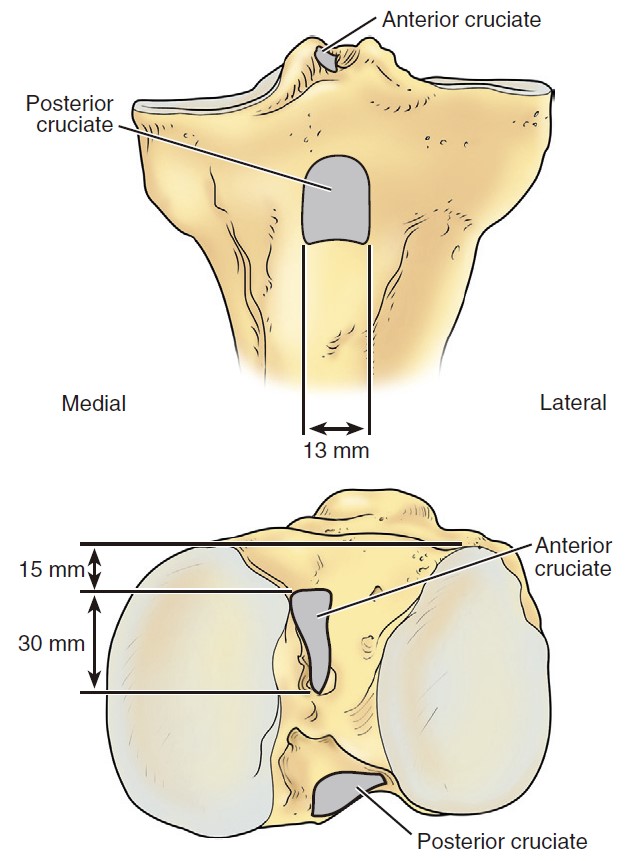 Fig.48-3 Attachments of the anterior and posterior cruciate ligaments to the tibia.

On MRI, the ACL is best visualized on sagittal images. Because of its oblique course, the ACL should be evaluated routinely on two or three sagittal sections. A normal ACL has a relatively low signal, but toward the distal insertion, the ACL may appear striated (Fig. 48-4). Discon-tinuity in the fibers or a soft tissue mass in the notch with high signal characteristics resulting from edema and hemorrhage indicates an ACL tear. Partial ACL tears may be suggested by increased signal, thickening, or redundancy in the ligament. However, accurate diagnosis of partial injuries remains challenging (Fig. 48-5). 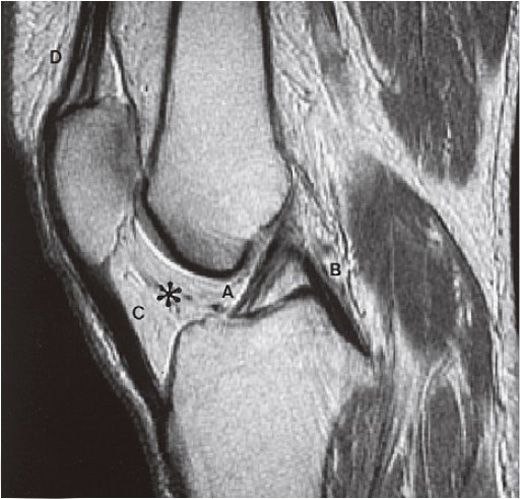 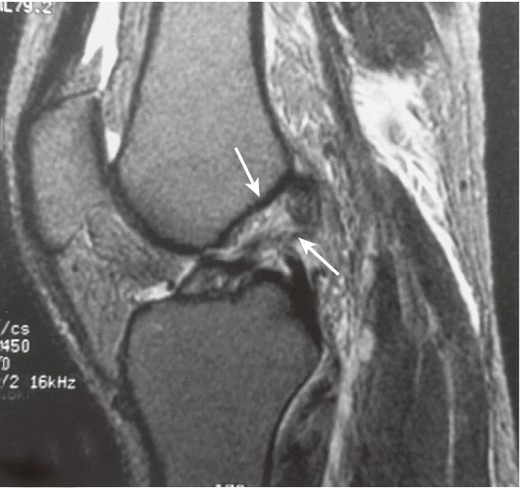 The ACL is the prime static stabilizer against anterior translation of the tibia on the femur and accounts for up to 86% of the total force resisting anterior draw. The bundles of the ligament are not isometric through the range of motion. Rather, at different stages of knee motion, the distinct functional bundles of the ACL have different roles in stabilizing the knee joint. In extension, the bundles are parallel, but as the knee flexes, the femoral origin of the PL bundle moves anteriorly, and the bundles cross. Functionally, the AM bundle tightens as the knee flexes and the PL bundle loosens; conversely, the PL bundle becomes tight as full extension is approached (Fig.48-6).* The ACL also plays an important role in resisting internal and external rotation. Stability is enhanced by dynamic stabilizers, such as the muscles that exert a force across the knee joint. For muscles to aid in protective stabilization of the knee, effective proprioceptive feedback regarding joint position is crucial. It appears that the ACL plays an important proprioceptive function because a variety of mechanoreceptors and free nerve endings have been identified. In humans with ACL-deficient knees, a significantly higher threshold for detecting passive motion of the involved knee has been reported. 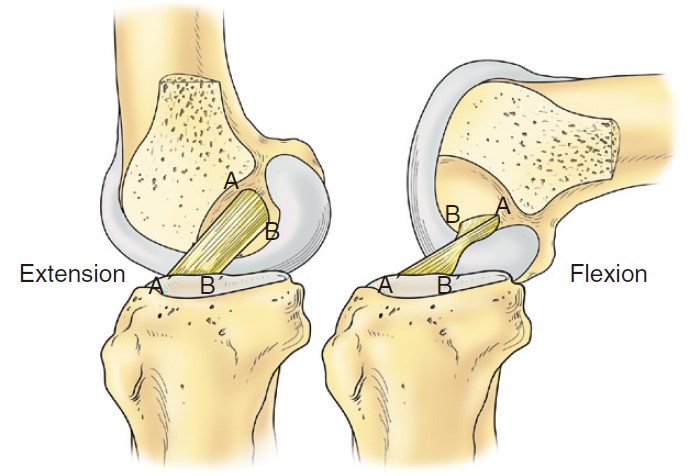 Previa: Biomechanics of the knee joint