In a macerated skeleton, inspection of the tibial plateau suggests that the femoral and tibial surfaces do not conform at all. The larger medial tibial plateau is nearly flat and has a squared-off posterior aspect that is distinct on a lateral radiograph. In distinction, the articular surface of the narrower lateral plateau borders on convexity. Both surfaces have a posterior inclination of approximately 10 degrees with respect to the shaft of the tibia.

The median portion of the tibia between the plateaus is occupied by an eminence: the spine of the tibia. Anteriorly a depression is the anterior intercondylar fossa. On an anteroposterior radiograph, the medial tubercle usually projects more superiorly than the lateral tubercle; on a lateral radiograph, the medial tubercle is located anterior to the lateral tubercle (Fig. 47-1). The tubercles do not function as attachment sites for the cruciate ligaments or menisci but may act as side-to-side stabilizers by projecting toward the inner sides of the femoral condyles. 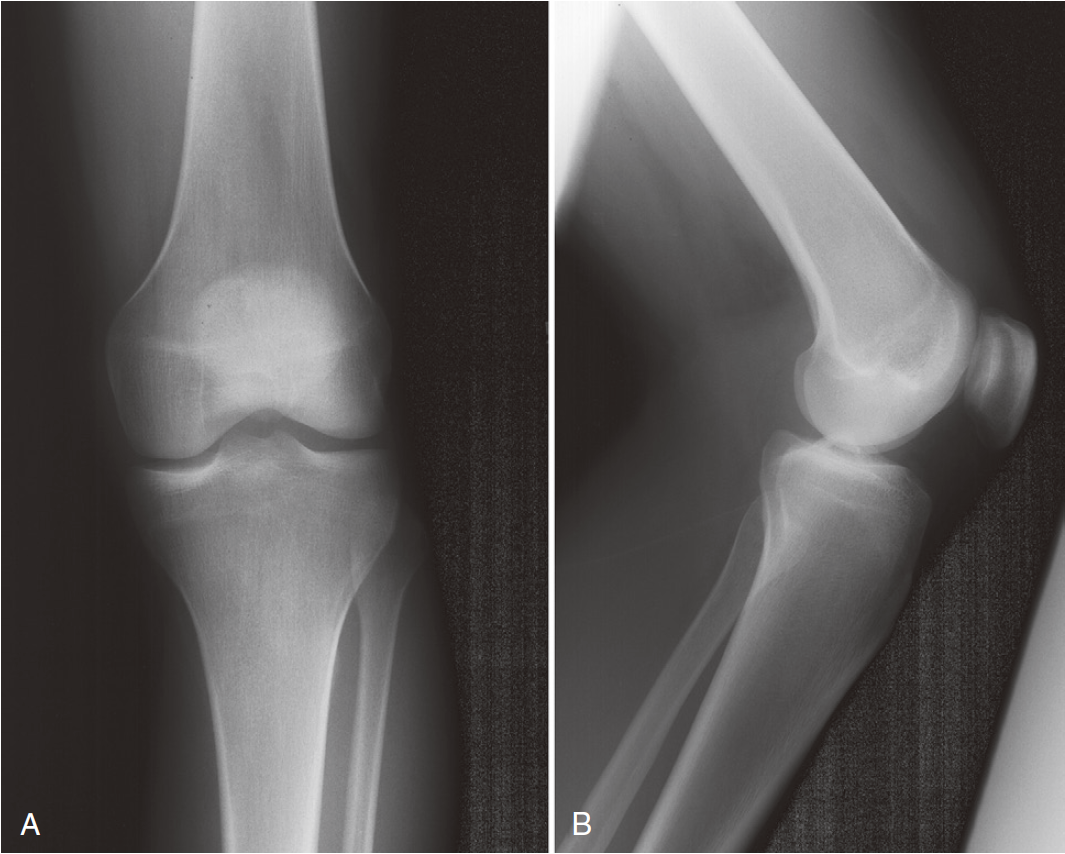 Fig. 47-1. Anteroposterior (A) and lateral (B) radiographs of a normal knee.

Fig.47-2. Merchant view radiograph of a normal patellofemoral joint. The tibial tubercle is superimposed over the apex of the femoral trochlea.

The posterior aspect of the patella is described as possessing seven facets. The medial and lateral facets are divided vertically into approximately equal thirds, whereas the seventh or odd facet lies along the extreme medial border of the patella. Overall, the medial facet is smaller and slightly convex; the lateral facet, which consists of roughly two thirds of the patella, has both a sagittal convexity and a coronal concavity (Fig.47-3). Six morphologic variants of the patella have been described (Fig. 47-4). Types I and II are stable, whereas the other variants are more likely to give rise to lateral subluxation as a result of unbalanced forces. 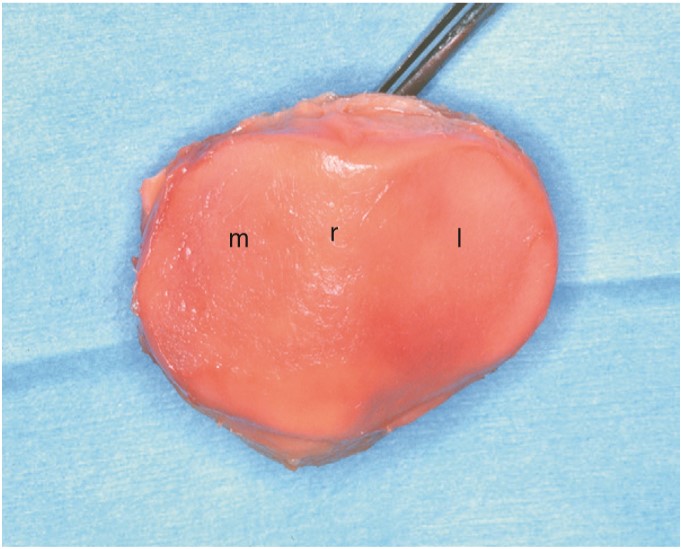 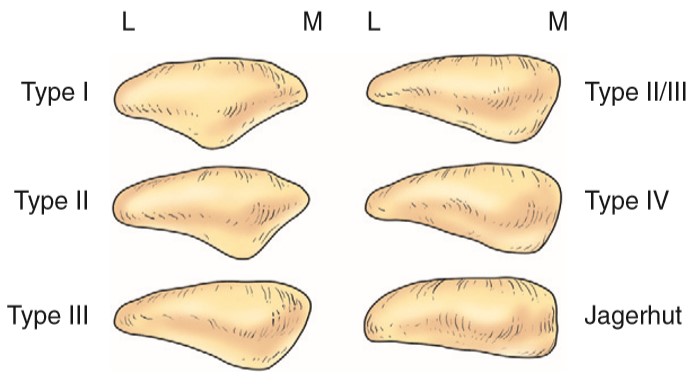 The main biomechanical function of the patella is to increase the moment arm of the quadriceps mechanism. The load across the joint rises as flexion increases, but because the contact area also increases, the higher force is dissipated over a larger area. However, if extension against resistance is performed, the force increases while the contact area shrinks, and this may exacerbate pain from the patellofemoral region. Straight-leg raises eliminate force transmission across the patellofemoral joint because in full extension, the patella has not yet engaged the trochlea.