Surgery of DDH of acetabulum

Surgery of DDH of acetabulum

Before surgery, anteroposterior radiographs of the pelvis and proximal femur and a lateral view of the femur must be studied carefully to determine the amount of bone available in which to fix the cup, the level at which it should be fixed, the problems likely to be encountered in reaming the femoral canal because of the anterior bowing and narrow width, the need for a femoral osteotomy, and the size and type of components to be used. In patients with unilateral dislocations, lengthening of the affected extremity during surgery is desirable to correct some or all of the discrepancy in limb lengths. No more than 3 to 4 cm of lengthening should be planned. The leg lengthening often is offset to some extent by thenecessity of shortening the femur to place the femoral head in the true acetabulum.

The shallow dysplastic acetabulum may require a very small acetabular component (≤40 mm). Implants of this size are not typically part of the standard implant sets and may need to be specially ordered. A 22-mm femoral head size should be used because it can be difficult to maintain adequate polyethylene thickness when a larger head size is used with a small cup. Charnley and Feagin warned that no more than 5 mm of the cup should protrude beyond the bone. If possible, the entire cup should be confined within the bone, and the medial wall of the acetabulum should be left intact. Intentional fracture of the medial wall to obtain lateral coverage has been proposed, but this is not universally accepted. 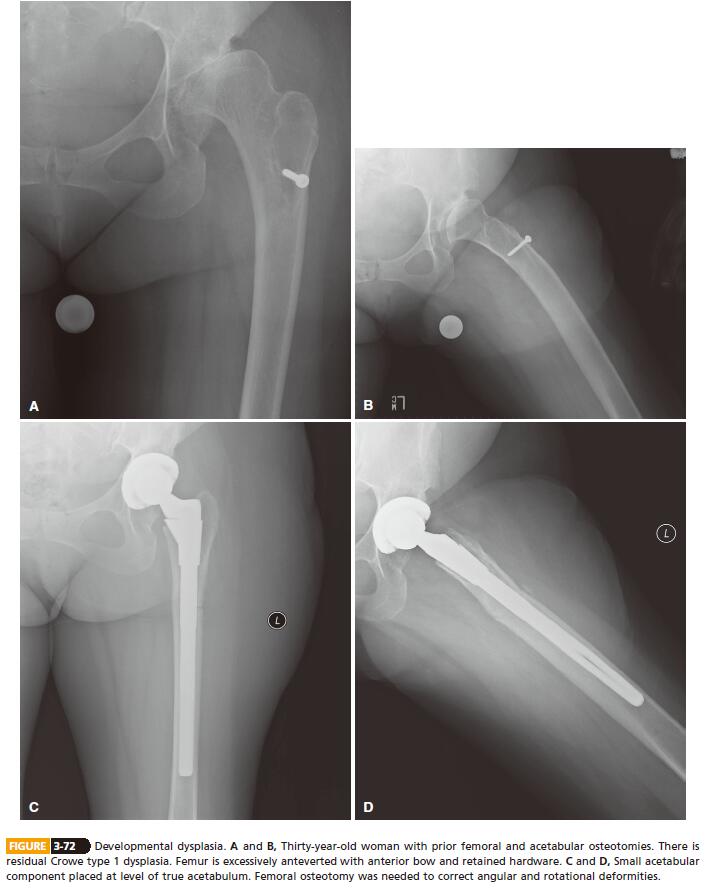 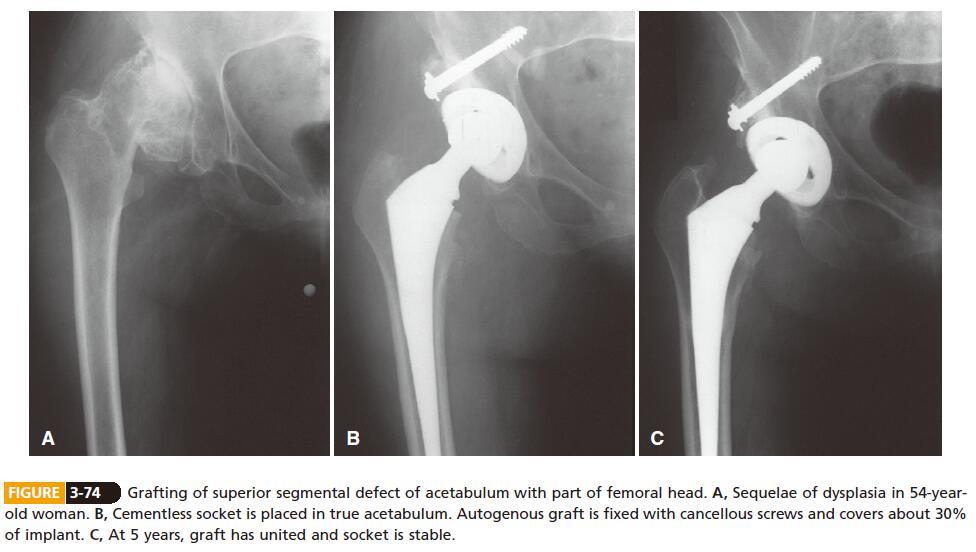 With Crowe type I hips, there is relatively little bony deformity and the acetabular component can be placed in the true acetabulum without difficulty. Medialization to the floor of the acetabulum provides adequate containment of a standard component. In Crowe type II and type III hips, when the socket is placed within the true acetabulum, a large superior segmental deficit remains with a lack of superior coverage of the component (Fig. 3-74). In most patients, grafting is not required if the acetabular component is placed in a slightly high location as long as it is not also lateralized.