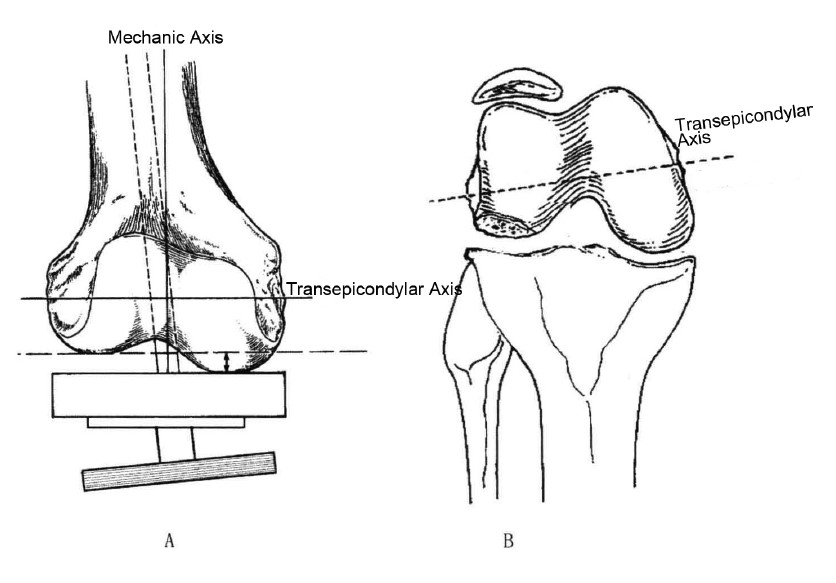 The intramedullary alignment rod should be slightly medial to the center of the patellargroove to get access to medullary canal. In some cases resection from the medial sideresults in minimal or no resection from the lateral side of the distal femur (Fig 2). 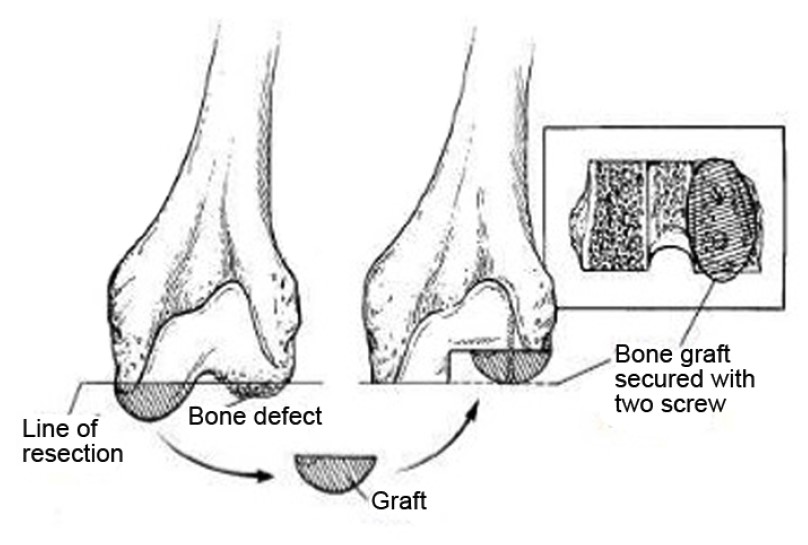 For accurate rotational alignment either the AP axis or the epicondylar axis ofthe femur is used as anatomical reference for resection. The posterior femoralcondylar are unreliable as posterolateral femoral condylar deficiency. 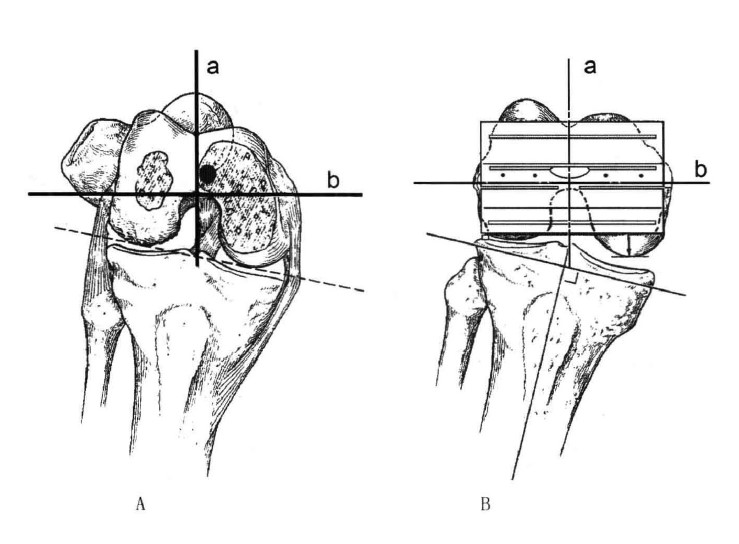 Fig.3 AP axis (Whiteside's line)(A) is defined as the line connecting the lowest point of

insertion of PCL). It is the anteroposterior axis of the distal femur, perpendicular

to the transepicondylar axis(B). In some cases prior to its identification, it is

necessary to remove osteophytes that may deform the intercondylar notch.

Tibial CutThe tibial cut should be made at 90+/2degrees to the long axis of the tibialshaft in both the coronal and sagital planes.

Overresectionof the proximal tibia to address a bony defect, and to create aflat surface for the tibial component may damage ligament attachments andmay sacrifice excessive amounts of bone. The medial tibia is referenced and10 mm of bone is resected. Bony defects can be addressed with cement,bone, or metal augments.