The tapered shank has a 3-degree cone in the longitudinal direction and an oval cross-section. It is the most popular type of femoral prosthesis design today. It is most suitable for Type A and Type B, that is, the femoral bone marrow cavity is funnel type and normal type. 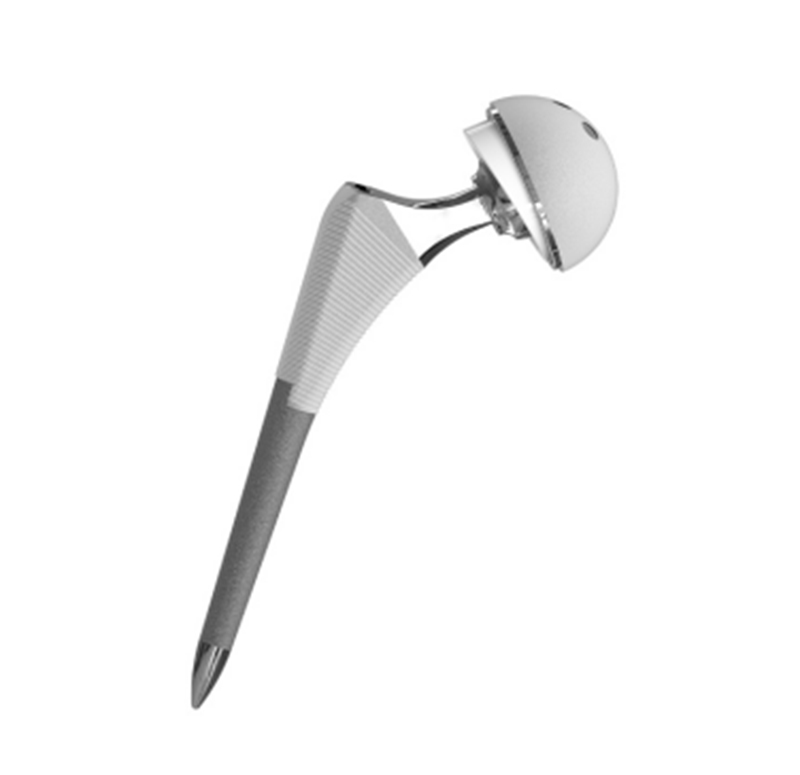 Its fixation concept is to obtain a tight press-fit fixation with the metaphysis of the femur. The entire prosthesis on the sagittal plane is fixed at 3 points (proximal rear, mid anterior, and distal rear) to reduce stress shielding while satisfying immediate stability and stability. The surface of the prosthesis is in close contact with the active host bone, that is, the initial and long-term stability of the prosthesis is achieved.

Some prosthetic stems have a slight change in initial position angle and a small amount of subsidence (<2mm) after surgery (usually within 6 months), and then gradually stabilize at this position and no longer change. This is called "prosthetic "Lateral fixation", which is also a stable prosthetic fixation, indicates that a prosthesis with a poor initial fixation position is gradually corrected by stress transfer to a position that conforms to mechanical transfer after the body is loaded, and obtains a later balanced fixation.

For the tapered stem, its initial fixed position and displacement are as follows: the distal end of the tapered stem is relatively small, and it is not as easy as the straight stem, anatomical stem, etc. in the femoral bone marrow cavity to automatically neutralize the neutral position during hip replacement. Fixation. In order to avoid varus fixation, the medulla can be slightly enlarged and the prosthesis can be implanted. The tapered shank relies on the metaphyseal end press to obtain the initial fixation. After the weight is loaded, there is a small amount of subsidence or the distal end of the prosthesis is slightly moved, but it is stable within 1 year. Finally, long-term bone growth is fixed, and it will not affect the prosthesis Period survival rate.

Previa: Causes and Risk Factors of Hip Fractures in the Elderly

Próxima: Thigh Pain after THA Is Related to Stalk Shape