Is hip replacement easy to loosen?

Hip prosthesis supplier shares with you.

The actual replacement of hip arthroplasty is two parts, one is the acetabulum, the other is the femur. At present, the metal part of the acetabulum is usually fixed with one or two screws, so the part of the acetabulum is basically not loose. It is easy to loose parts of the femoral prosthesis. The femoral prosthesis is mainly related to calcaneal cement technology. It used to be a two-generation of bone cement. It has its own defects, such as a lot of foam inside, and the mixing is not particularly uniform. Now it is the fourth generation of bone cement technology. The latest bone cement technology is more evenly stirred, and the curing time of bone cement is shorter. In addition, vacuum technology has been invented. There is basically no bubble after the completion of the process in vacuum. Therefore, if this bone cement technology is used, the opportunity of hip joint femoral head prosthesis loosening can be reduced a lot. On the other hand, the use of bone cement for the femoral prosthesis is is very few at present, unless it is renovated or in some backward areas. Now we use the biological prosthesis. There are big holes and micropores on the biological prosthesis, which grow into the micropores mainly through the surrounding tissues, and then produce fixation with the femoral head. It's like tying two things together with countless wires. So if there is no problem in hip replacement, do not overuse the joint after the operation, especially do not get hurt, the chance of loosening is not great. 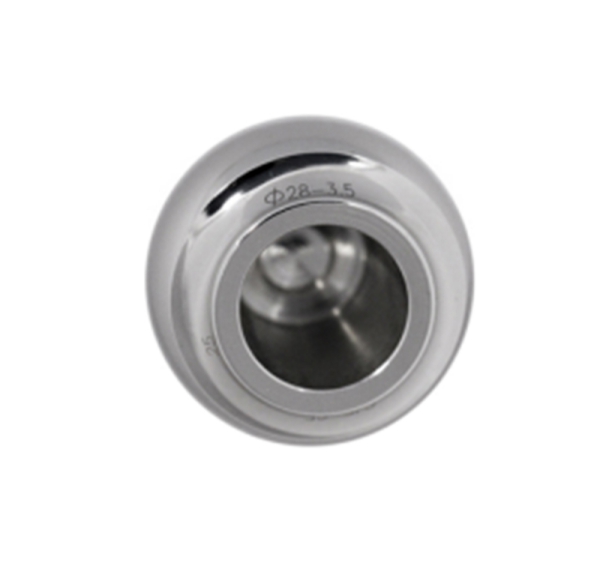 There are a lot of points to be paid attention to in hip replacement, and now the focus is on the points to be paid attention to after the operation. The purpose of hip replacement is to relieve the patient's pain and restore hip function. Therefore, rehabilitation exercise should be carried out early after operation. But there are some points for attention in rehabilitation exercise. Remember: first, don't cross your legs. The routine is to put a triangle pillow between the two legs of the patient. Second, when standing or sitting, do not lean forward more than 90 degrees. The third is to avoid adduction and internal rotation and excessive external rotation of the hip joint after the operation, which is easy to cause dislocation, especially when standing, standing or lying down, the knee and toes cannot rotate inward. It should show the neutral position of abduction, that is, the toes and knees are facing the ceiling, and then the legs are turned outward.

Próxima: How long can a hip replacement be used?